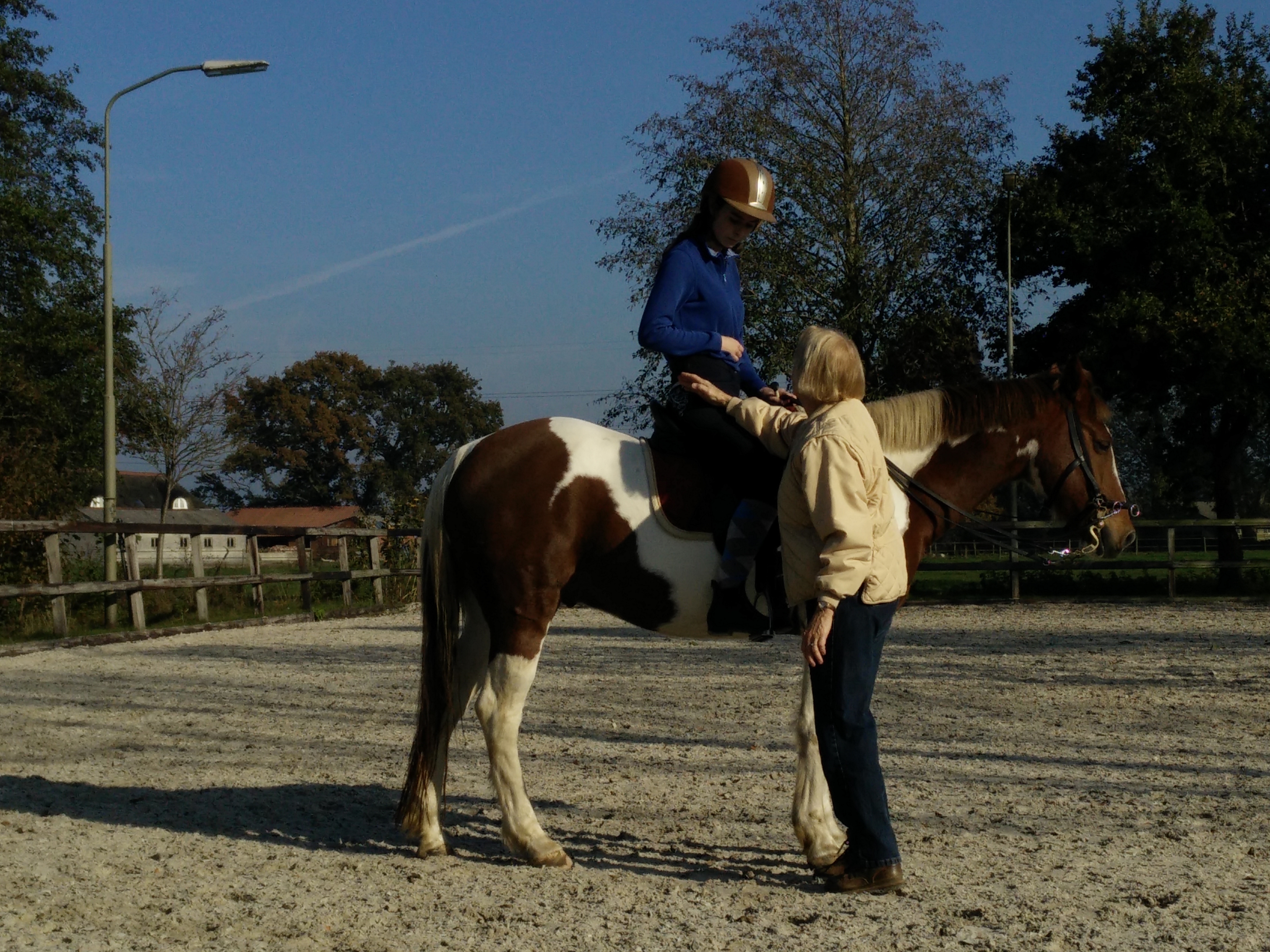 “The ultimate goal of Centered Riding is not to be a discipline unto itself. It must go forward in it’s purest and least complicated form os it may be integrated into all disciplines of riding.”
– Sally Swift

Below you can see a few pictures of my lesson with Deborah Moynihan (level 4 instructor) at 1 november 2015. The focus of this lesson was releasing and opening my hips.